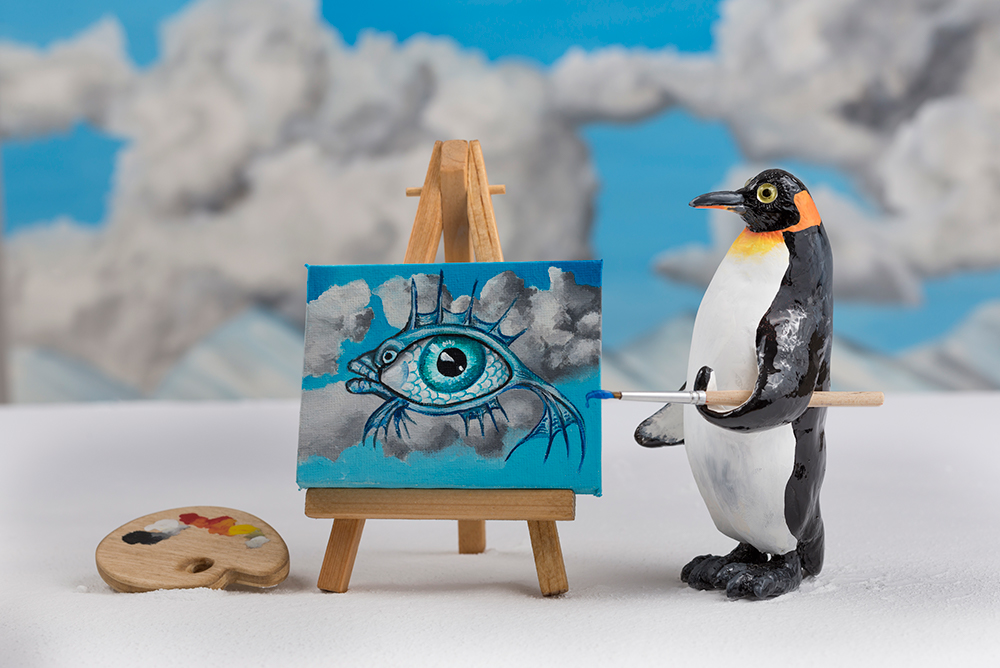 A painting by Arthur the Bonobo of her friend, Guiseppe the Emperor Penguin, if her friend was a painter which she is not

In southeast New Spain resides the country's most popular and beloved animal sanctuary and Zoo, El Zoológico de Nueva España. The federally run public exhibit hosts a variety of wildlife that attracts visitors from around the globe, but lately, there's a new reason it's been at capacity every day.

It began in late-October of last year when Mika the African Elephant began methodically moving parts of her shelter into one spot. Made up of cans, buckets, and stones, the elephant started hitting her trunk against the compiled assortment while stomping its feet. The result: music. "I couldn't believe my ears," said Angelica Kingston. "He was making beats. And good beats, at that!"

Shortly after, a young animal lover had noticed something in the orangutan centre. The child told her mother, Edna Hernandez, that she saw the apes were strangely playing in the dirt. "I didn't realize it at first, but the Apes were painting an extremely lifelike depiction of the moon with mud and dirt. It was uncanny".

Since then, almost every animal in El Zoológico de Nueva España has exhibited signs of creative artistry. There has been a cry from the public that the animals should be paid for their work, considering the massive financial success the Zoo has received.

"What are they gonna buy, socks?" said the Zoo's principal director of operations. Despite this, there are rumours the penguins will be unionizing if this continues to persist. We will continue our coverage as the story develops.