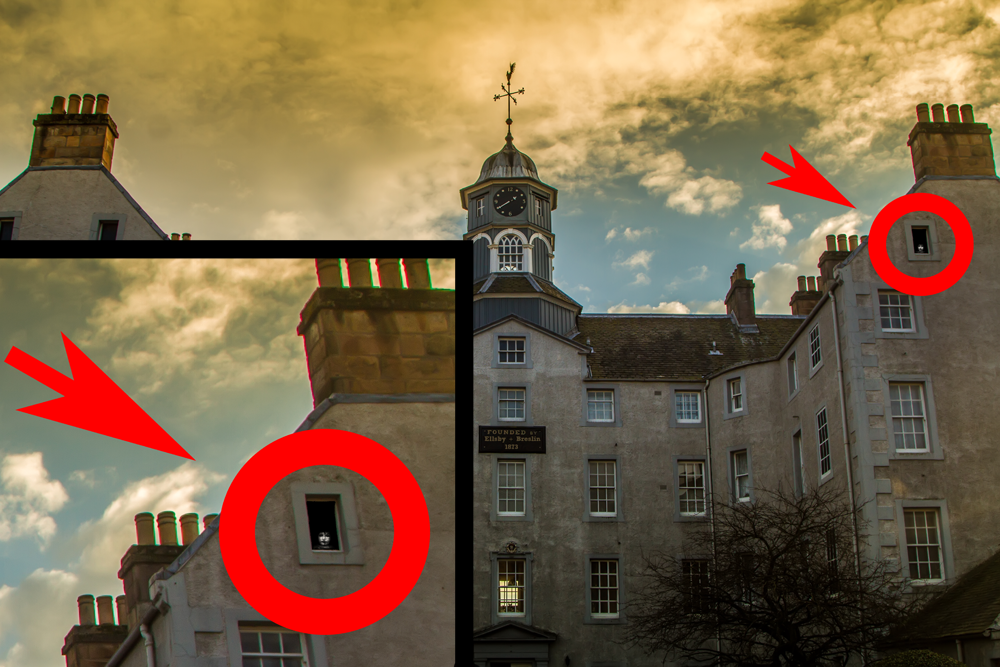 The image of Wimahl Psychiatric Institute with the mysterious figure highlighted.

We recently discovered what appears to be the creepy and uncolored face of a woman in the window of an official photograph of the Wimahl Psychiatric Institute.

The Institute is home to some of the more unusual mental health cases in Cascadia and has its own disturbing history. Stories of patient experimentation from its early founding history number in the dozens.

None of the (living) residents, however, appear colorless in photographs—which casts doubt that any of them being the figure in the official photograph.

Which brings us to the possibility of otherworldly or spiritual visitors. There are many spectral stories in the dark history of Wimahl, but perhaps the one that most closely identifies who this figure might be is the story of Katie Burrow.

Katie Burrow was one of the first patients at Wimahl, under the joint care of founders Ellsby and Breslin. By all accounts, she was a deeply disturbed woman who possessed what was described in notes as an uncanny ability to unsettle those around her with statements about their deaths—which more often than not appeared to be premonitions.

Burrow locked herself in one of the top rooms of the Institute and killed herself while singing a song about birds.

Could this mysterious and colorless figure be Katie Burrow?