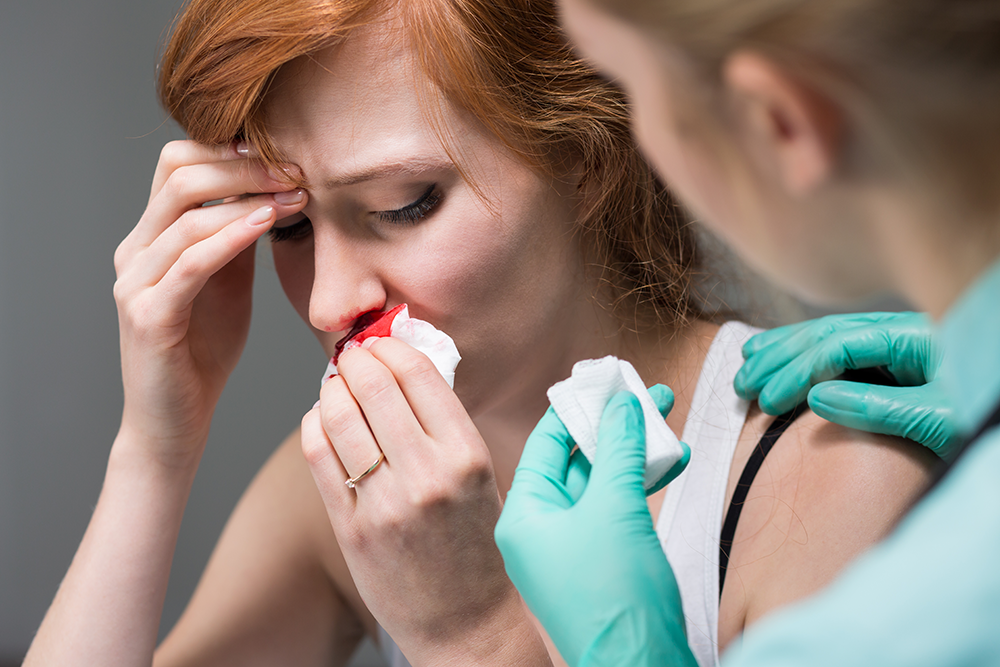 April Sonaran was treated for a strange and unexplained nosebleed at Cascadia Medical Center on January Twelfth. They nosebleeds continued for

For April Sonaran, January Twelfth was an ordinary day like any other—until the nosebleeds started.

At exactly 1:14 pm on that January the Twelfth of 2017, April Sonaran and six other people on her block began experiencing uncontrollable nosebleeds.

"I've never gotten nosebleeds before," said Sonaran, when we called her up.

It was the same story with the six others who experienced the same symptoms at the same time in the same area.

"It wasn't a contagion," said a nurse who declined to be identified because of fear she could lose her job, "Don't let anybody tell you it was a disease. Something was DONE TO those people. Right where they lived."

It has been speculated that the victims of this incident were subjected to some kind of test.  Perhaps not a test, others have theorized.  Perhaps an intentional act of aggression?

The victims all live in a cluster near the Lightbox, the secretive Paralux headquarters.  Houses in that neighborhood are not allowed to have below-ground foundations.  There are also no trees.  The trees were cleared away in the year before Paralux arrived.  It's as if the land below a certain depth had become a forbidden zone.

What is down there?

The nosebleeds stopped for no apparent reason three weeks after they first appeared.  If you live in the shadow of Paralux, you learn to stop asking why ....