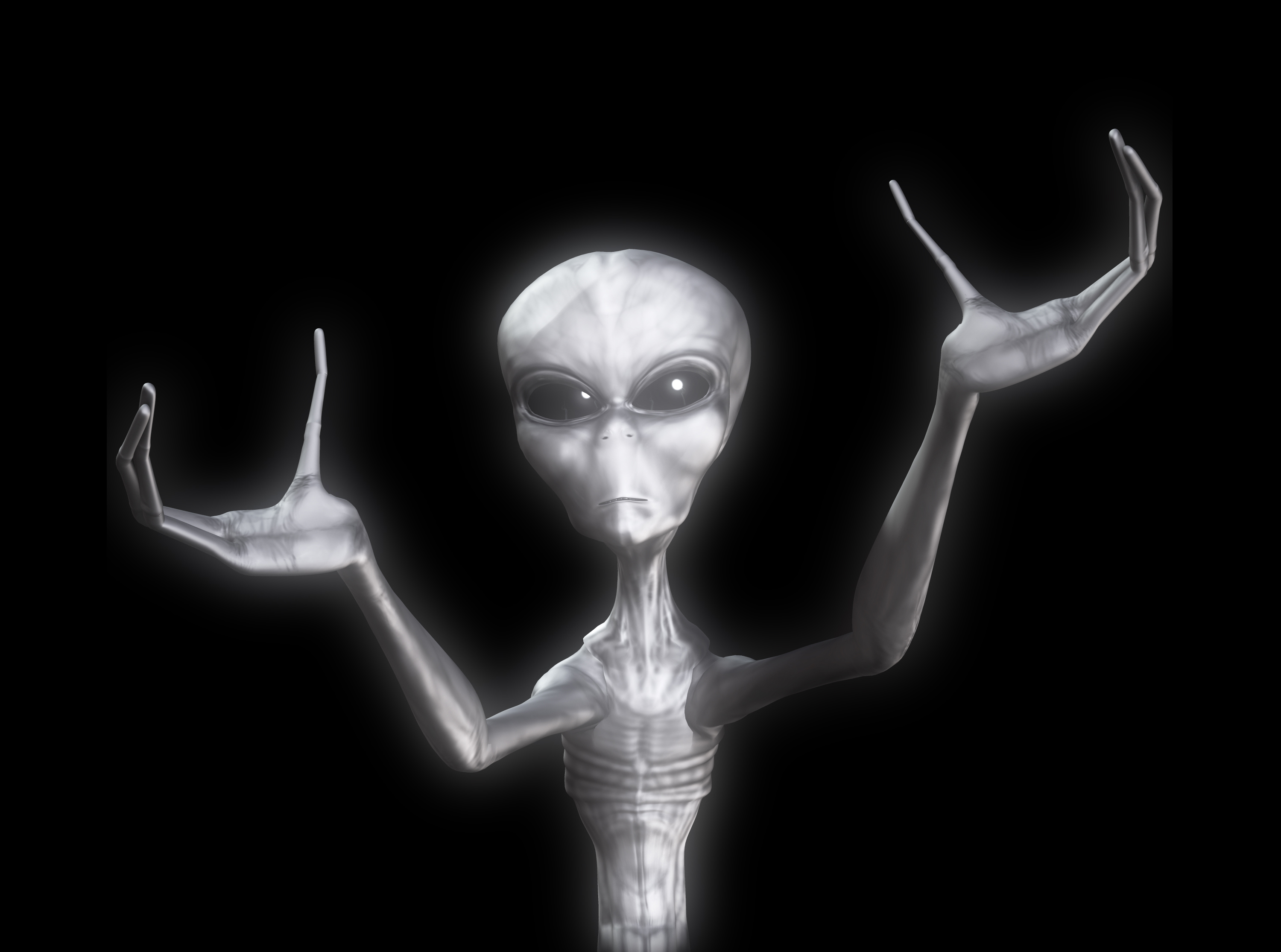 One of the three groups of aliens that Daltan Eagle Cry claims have infiltrated Cascadia (and the whole world) look like this when they aren't using their psychic abilities to transform how we see them.

Ask Daltan Eagle Cry if he believes in visitors from another planet and he'll tell you he not only believes in them but that he's met them.

Daltan believes that there are, in fact, three different types of aliens living among us right now, and that they are secretly fighting a cold war for control of the planet—and the right to enslave the human race.

"Right now, they're controlling many of our top politicians and thinkers," says Daltan, "When you see a politician, and they're spouting nonsense and have a dead look in their eye ... that's how you can tell."

Which, of course, begs the question ... don't all politicians spout nonsense and have a dead look in their eye?

Our only saving grace, claims Daltan, is that each of the three sets of aliens lives by a strict bureaucratic code.

"There's a certain way they have to take over the planet," says Daltan, "They have to play this weird game ... each of them using a different strategy... and whoever wins the game wins the planet. We're just sort of caught in the middle."

So, gentle readers ... if you are in fact still a human, keep an eye out for Daltan's aliens.

"The truth is, drugging those around you is the only way to know that they're not part of the alien conspiracy."

Thanks for the tip, Daltan.