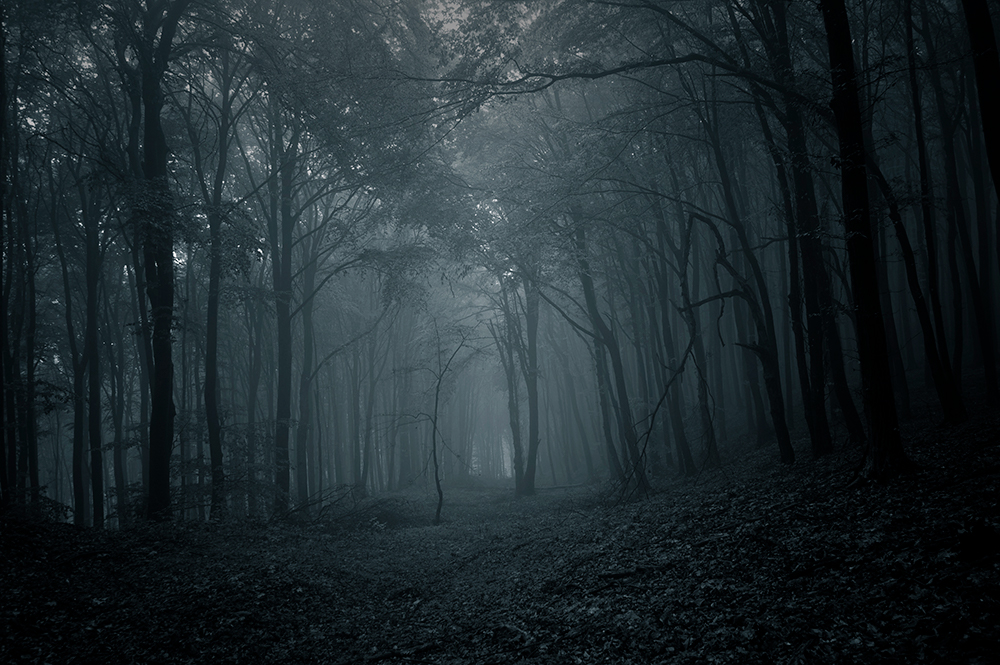 The Powder Mill Expanse has claimed many animals (and people) over the years and we're no closer now to understanding it's mysteries.

Two weeks ago Jamie and Lincoln Marx were walking along the northern edges of the Powder Mill Expanse, as they frequently like to do, when something unexpected happened.

"It wasn't an animal or a human, that's for damn right sure," cut in Lincoln.

"Our two dogs, Bopper and Bipper heard that sound and just started running off into the woods like they were possessed," continued Jamie, "We called them and called them, but they wouldn't come."

"They were barking like a storm, heading deep into those creepy woods, and we could hear them getting farther and farther away, and then all of a sudden there was nothing. No sound coming from them at all."

I asked them if they'd gone in after the dogs.

"We went in a ways, yeah," said Lincoln, "But there's just something chilly about it. Something that just doesn't feel right."

"You get in too far, I've gone in a couple hundred meters for mushrooms and what not, but not any further. It makes your skin crawl," said Jamie, "We went in together a ways looking for them, and calling for them, but they wouldn't come, which isn't like them at all. It was like they just disappeared into thin air."

The Marx family has gone back every day since then to look for Bopper and Bipper, but with no luck.

They ask anyone traveling around the northern edge of Powder Mill to keep an eye out for two black labradors who answer to their names. They are missed terribly.